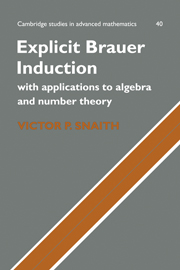 Explicit Brauer Induction
With Applications to Algebra and Number Theory