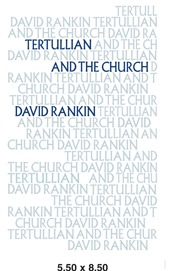 Tertullian and the Church