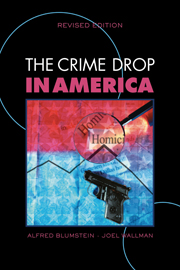 The Crime Drop in America