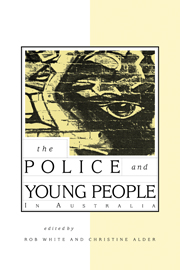 The Police and Young People in Australia