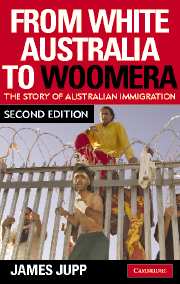 From White Australia to Woomera
The Story of Australian Immigration