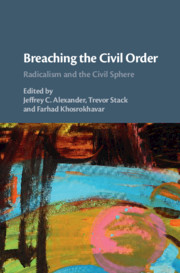 Breaching the Civil Order
Radicalism and the Civil Sphere