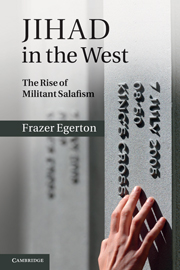 Jihad in the West
The Rise of Militant Salafism