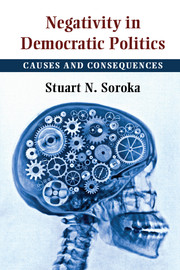 Part of Cambridge Studies in Public Opinion and Political Psychology