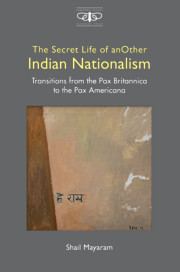 Part of Metamorphoses of the Political: Multidisciplinary Approaches