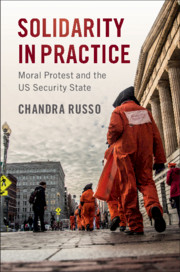 Solidarity in Practice
Moral Protest and the US Security State