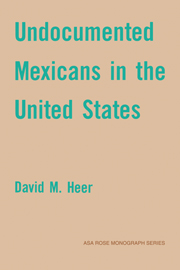 Undocumented Mexicans in the USA