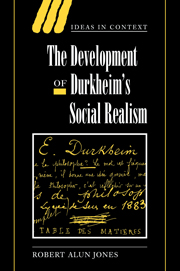 The Development of Durkheim's Social Realism