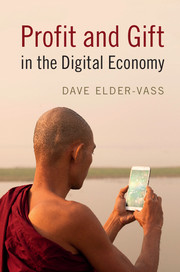 Profit and Gift in the Digital Economy