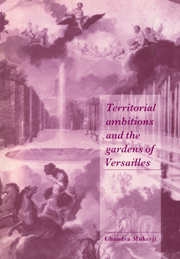 Territorial Ambitions and the Gardens of Versailles