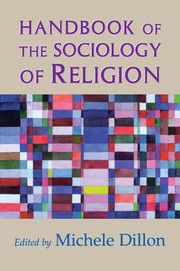 Handbook of the Sociology of Religion