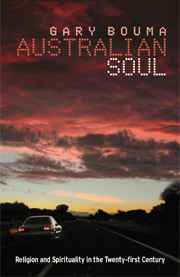 Australian Soul
Religion and Spirituality in the 21st Century