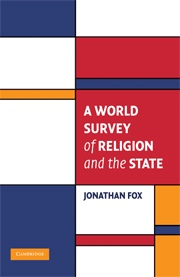 A World Survey of Religion and the State