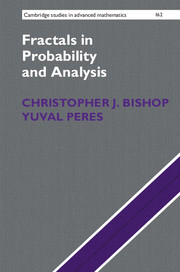 Fractals in Probability and Analysis