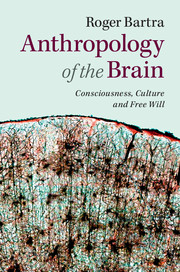 Anthropology of the Brain
Consciousness, Culture, and Free Will

Interview with Roger Bartra, author of Anthropology of the Brain, at London Book Fair 2015