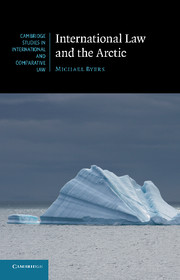 International Law and the Arctic