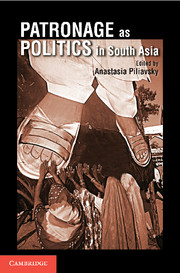 Patronage as Politics in South Asia