Who is Telling the Story? 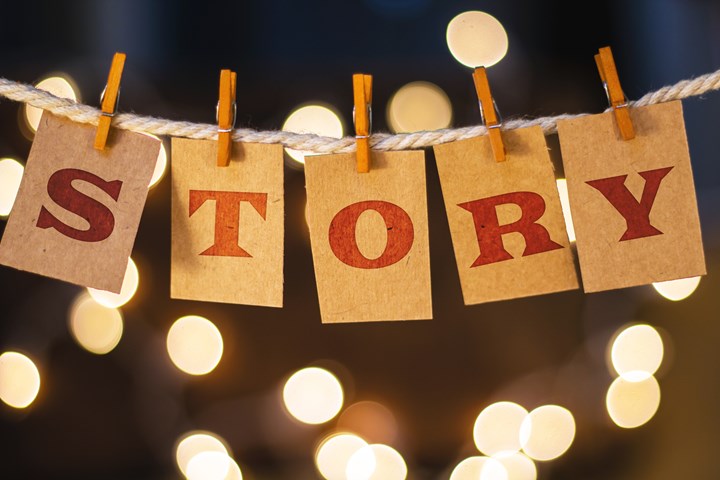 One of the most important aspects of your analysis of literary texts is to explore the question of who the narrator is and what overall effect this has. You may think this is all about one character telling the story of the novel or short story, but it doesn’t apply only to prose works. Poets as far apart as, for example, Chaucer (Middle Ages), Browning (Victorian) and Duffy (contemporary) also create voices in the first person to express ideas, tell stories and create characterisations. Regarding drama, most plays are written in the form of dramatic dialogue and action without a story–teller, but even here we occasionally find narrators who speak directly to the audience and tell the story. An example of this is Michael who is a boy when he comments on the action of Dancing at Lughnasa by Brian Friel; or Tom in The Glass Menagerie by Tennessee Williams. These tellers of the tale have been created by the writer to do the job – they are not the writer him or herself. It is very important to remember too that Shakespeare never says anything in his plays: he has made different characters who do that. Students sometimes write: ‘Shakespeare says “Neither a borrower nor a lender be”, but of course it’s Polonius who says this when he is giving advice to his son in the play Hamlet. For all we know, Shakespeare the man may have had no problem with borrowing and lending money to his friends!

Students are often so engaged by the ideas in a text that they don’t pay enough attention to the methods used by the writer, one of the most important of which is the point of view or range of points of view created to present these ideas. You will be familiar with looking to see whether it is a first person narrative or a third person narrative – I and we, or he, she and they. (It is possible to write a whole narrative in the second person – you - but it’s uncommon and usually combined with the first person.) The writer can create a first person who may be limited in some way, perhaps by being a child who can’t see all the implications of events, like Leo in The Go-Between by L P Hartley, or a person who is emotionally repressed like Stevens in The Remains of the Day by Kazuo Ishiguro. The student has to pay careful attention to other evidence within the text to take in all the implications of these narrators’ accounts of events. Such a narrator may be called ‘unreliable’ and an example of this is Nick Carraway, the first person narrator of The Great Gatsby, whose view of Gatsby is a biased one. Sometimes a writer will use more than one first person narrator in separate sections of a novel so as to give different angles on events, for example The Collector by John Fowles which begins with the story of girl who is abducted and then switches to her kidnapper some way through the novel, then back to her. This gives unique insight into the mind of the character who is telling the story at that point, and may alter our sympathies and understanding somewhat. A recent novel How to be both by Ali Smith is made up of two discrete first person narratives from different eras that can be read in either order and, in fact, are published that way — half the printed books begin with one story, and half with the other. How they relate to each other depends on which you read first – a fascinating and innovative idea!

Looking at poetry, more than 600 years ago Chaucer’s Canterbury Tales are all told by characters created by Chaucer to give insight into human nature and a wide range of themes. The Knight’s Tale is just the sort of story of chivalry, courtly love and fighting that suits the Knight ‘s character, but he’s not the most sensitive commentator and if we read carefully we can see that Chaucer reveals this to us through his choice of words. The Wife of Bath gives the robust and feisty views of a dominant and lively woman, through which we see much about the relationships between the genders in the Middle Ages. The Victorian poet Robert Browning’s well-known poem 'On My Last Duchess' uses a first person – the Duke - whom we find repulsive in his attitudes but the poet’s artistry allows us to see through this to what his poor wife, the last Duchess, was like and how she suffered, even though she is not the first person voice of the poem. We can say that Browning creates the persona of the Duke. Tennyson, another Victorian poet, works similarly with his well-known poem Ulysses, creating the persona of the old adventurer who doesn’t want to go quietly into old age. An ironic effect is created when we see both the personality of the character and the implications of his words.

Let’s take a well-known example of a complex narrative structure. Wuthering Heights by Emily Bronte. If you ask a student what it’s about, she will say it’s the love story of Catherine and Heathcliff and Heathcliff’s revenge, covering a couple of generations. It is told in the first person (‘I’) but the ‘I’ isn’t basically Catherine or her daughter or Heathcliff. So who has Bronte chosen to present this? Mr Lockwood, an outsider to the district, is the framing first person narrator who observes the family and their interactions, then he is told much of the back story by another first person narrator, Nelly Dean, the housekeeper. But Nelly often draws on first person accounts by other characters which she then tells Mr Lockwood. He too receives these accounts. They include letters, recounts of events and long soliloquy-like outpourings of thoughts and feelings in the present time of the novel and in the past. Neither Nelly nor Lockwood is a passionate person, both are quite conventional and conservative in their behaviour and outlook and it is these characters whom Bronte has chosen to tell her tale of passion and revenge and the constraints on women’s lives. The effect of this is to focus and highlight the story of Catherine and Heathcliff and the following generation to make it accessible to the reader and to give a range of points of view which can be biased as well as objective. Multiple possibilities and ambiguities are created. There are moments when Nelly intervenes in the action, too, so she is not just an objective observer. Your analysis of the effects created by the use of multiple narrators is vital here.

Third person narrators are sometimes known as ‘omniscient ‘narrators – because they know everything and have created the world of the story (a little like a god, as they have the power over the life and death of the characters and their lives). However, it is possible for a story to be written in the third person (she, he, they) and still be focused upon one character showing their thoughts and feelings very closely. This is known as ‘focalization’ and it can be extremely effective – used, for example, by J M Coetzee in his novel Disgrace and by Jane Austen in Persuasion. It can allow the writer a measure of distance at the same time as a close involvement with her/his creation. He or she may use what is known as ‘free indirect discourse’ where although writing in the third person, the writer can move seamlessly into the thoughts and feelings of the character being explored. A very famous example of this can be found at the end of the last story in James Joyce’s short story collection Dubliners. The end of this story, called 'The Dead', is worth reading for the beauty of its prose anyway.