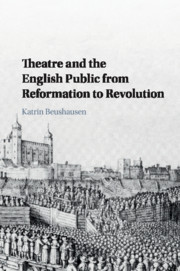 Theatre and the English Public from Reformation to Revolution