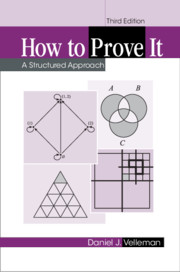 How to Prove It
A Structured Approach