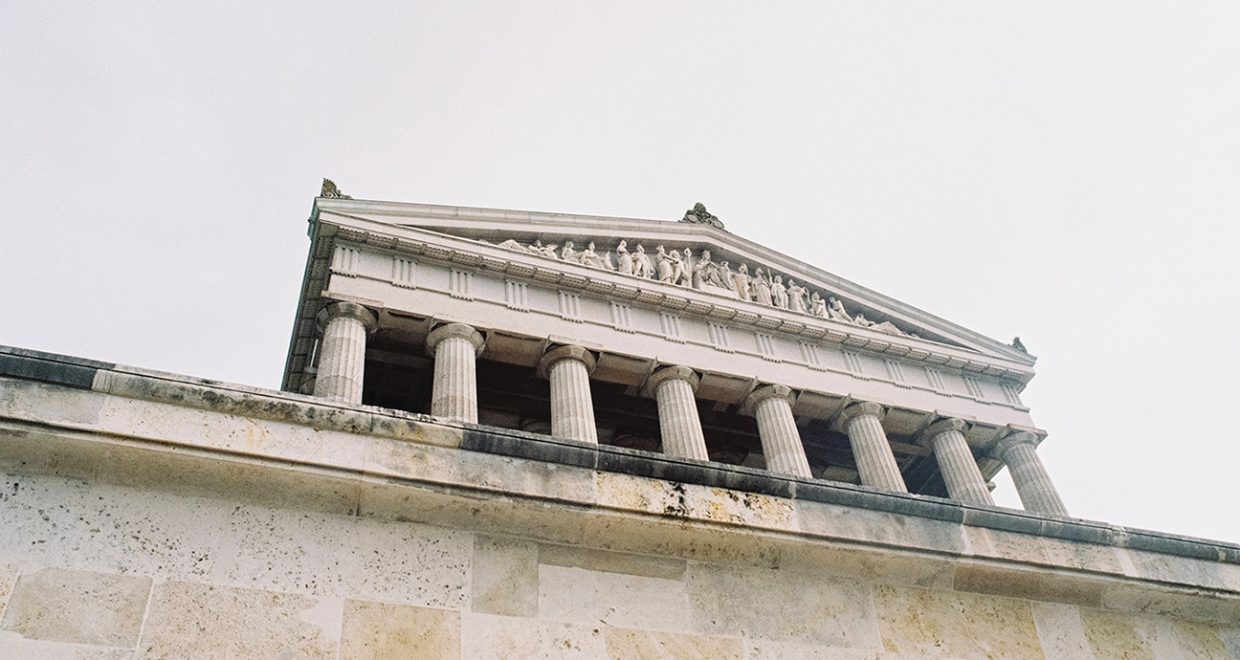 This post is part of the symposium that the BHRJ Blog is running on the revised binding treaty on business and human rights, which was released in July 2019. All posts in the symposium will be collated here. This blog piece is co-published by the Business & Human Rights Resource Centre as part of its Reflections on the Revised Draft Treaty blog series

The revised draft of an international treaty on the issue of business and human rights, released on 16 July 2019, represents a huge step forward in relation to the so-called “zero draft” published in 2018. Both this revised version and its predecessor “zero draft” were prepared by the chairperson of the Open-ended Intergovernmental Working Group (OEIGWG), a UN organ mandated by the UN Human Rights Council resolution 26/9 to elaborate such a legally binding instrument on business and human rights.

The revised draft makes crucial choices that may constitute a turning point in the process. One significant change is the definition of the scope of the proposed treaty, which has been expanded to encompass all business enterprises, while still having a heightened focus on businesses with transnational activities.  Also of particular importance are new or revised provisions on prevention and due diligence that are in line with the UN Guiding Principles on Business and Human Rights (UNGP) and a comprehensive article on legal liability of business enterprises that reflects the progress that has emerged in international law and national practice. The revised draft also brings some novelties in the new articles on implementation (art 15) and settlement of disputes (art 16). The present blog will focus on the provisions concerning legal liability and, in particular, those referring to legal liability for crimes under international law.

Article 6 in itself represents a major development in the area of legal liability for business enterprises. While it preserves some of the “zero draft” provisions, most of it is new or a substantive redrafting of some of the zero draft’s provisions. The article aims at promoting a “comprehensive” system of legal liability for human rights abuses committed by business enterprises or with their participation. The article starts with a provision of broad reach:

6.1 States Parties shall ensure that their domestic law provides for a comprehensive and adequate system of legal liability for human rights violations or abuses in the context of business activities, including those of transnational character

The implementation of this provision, and others, will necessitate adequate guidance that can be provided, among other sources, by the monitoring body proposed under the treaty, since it is not evident what would constitute a “comprehensive and adequate system”. But one can easily envisage that this provision potentially encompasses a range of forms of civil, criminal and administrative liability. These would include various modalities of civil liability, including torts based on negligence, recklessness and strict liability and other forms of civil liability. However, the provision is not clear about who must be held liable for the violation or abuse; business enterprises themselves, or individuals, including when acting as agents of the State, and officers or employers of businesses, but provides the parameters in which the violations may occur: in the “context of business activities”. This may not be sufficiently clear for many, including some States, and the IGWG should consider to more clearly identify the abuses and the perpetrators that States are required to sanction.

Article 6.6 posits a standard of legal responsibility of one company in relation to the harm caused by another company, no matter where the latter is located, when the former company controls or supervises the activities that caused the harm. This norm that would potentially cover the responsibility of parent companies in relation to subsidiaries’ wrongs, and similar situations, is seemingly limited by the reference to the “contractual relationship” between the two companies involved. Although article 1 defines the term “contractual relationship” very broadly, almost covering all possible commercial relationships, it is unclear why this latter term was not chosen instead.

However, it is Article 6.7 that stands out for its potential impact and significance for international law. The article focuses on the legal responsibility of business enterprises (as legal entities) and reparations for victims in relation to a special category of human rights violations known as crimes under international law, and it would be the first formulation of this kind in international law instruments. The only contemporaneous parallel development is the current draft Convention on Crimes Humanity, prepared by the International Law Commission, which is however confined only to these crimes, and – at the regional level- the Malabo Protocol that grants the African court jurisdiction over a series of corporate crimes. But the present revised treaty has a much broader reach. It reads:

“6.7 Subject to their domestic law, State Parties shall ensure that their domestic legislation provides for criminal, civil or administrative liability of legal persons for the following offences.

The following paragraph requires that domestic law provide legal liability for “acts that constitute attempt, participation or complicity in a criminal offence…”, thereby covering the main recognized modalities of involvement in crimes by business enterprises, including complicity with violations committed by States.

Quite apart from the need to complete the definitions of listed offences (there are some offences such as “slavery” that are listed without definition), the value of this article is that it operates as an extension of the application to business corporations (legal entities) of a series of crimes under international law: States are required to act to enact in their national law legal liability for legal entities for the commission of the listed offences, (as a minimum). This provision is a welcome addition to the draft treaty. A series of offences catalogued as crimes under international law or for which international law requires criminalization require separate treatment in the treaty, given their special gravity. They could not simply be comprised under the broadly framed violations or abuses for which article 6.1 mandates a comprehensive legal liability system that could possibly include civil, administrative and criminal sanctions.

Article 6.7 refers to the legal responsibility of business legal persons for some of the atrocities commonly known as crimes under international law. A number of States, such as France, already have legislation recognizing criminal responsibility of corporations for the commission of such crimes, but other States do not recognize in their legal systems such form of responsibility at all and apply international criminal law only to individuals or natural persons. Further, several states, including the Russian Federation and Argentina have made clear, in past sessions of the OEGWG, their opposition to formulations that would require them to adopt legal criminal liability for business enterprises. In this context, the new revised draft treaty proposes a flexible approach to give States the choice between criminal, civil or administrative liability even for the most serious crimes. By doing so, it follows the path of the Optional Protocol to the Convention on the Rights of the Child on the sale of children and child pornography, which also adopts a similar flexible approach. However, the wording of the revised draft article 6.7 departs from the formula used in the Optional Protocol (and even from the new draft Convention on Crimes against Humanity). It would be important that this is corrected in future drafts to ensure consistency of approach across international instruments.

Practice shows that in the implementation of this flexible approach States tend to enact criminal liability or an equivalent form when serious offences are at stake, or at least, to apply the most severe sanctions against the culprits, to reflect the serious nature of the offence committed. However, to give it full meaning and differentiate this paragraph from others in the same article 6, it would be important to link it to a provision on sanctions commensurate to the gravity of the offences. At present, the text of article 6.7 is not clearly and immediately linked to a clause providing for sanctions or penalties commensurate with the gravity of the offences (which appears in 6.4 in a way that seems to relate to the whole article 6 and not especially to art 6.7 where it is most necessary). However, it will be argued that what distinguishes the offences identified from other violations, abuses and wrongful conduct is that they are of such level of gravity that criminal sanction is compulsory; indeed this is why they are identified as crimes under international law.  To impose merely civil or administrative liability arguably undercuts this characterization.  So there may need to be some revision to address this concern.

In this regard and despite the fact that States practice tend to enact some form of criminal liability, it would be important to rethink the approach adopted in the revised draft and consider other clearer and stronger options, instead of giving so much leeway to States to choose between civil, criminal or administrative liability for such serious crimes that normally require criminal sanctions. The OEGWG could do well by looking to the example of the Council of Europe Recommendation on Business and Human Rights (CM/Rec (2016) para. 44) which calls for criminal liability or “its equivalent”. This would better reflect and underscore the nature and gravity of the listed crimes under international law.

Article 6 will surely generate some controversy in relation to the list of offences included, their definitions, or even the convenience of having a separate provision for serious offences, but its inclusion is important to ensure special obligations in respect of the most serious forms of wrongful conduct, identified here as the category of violations known as crimes under international law which require criminalization in domestic law. It will also be useful to guide States that already recognize the criminal liability of legal entities such as business corporations, to expand the list of criminal offences attributable to those entities, without prejudice to national legislation that is more comprehensive. In this regard, this treaty provides a minimum threshold, and each State may decide on the upper limits of its laws.

The revised draft treaty is clearly a welcome and crucial step forward in the process of establishing a legally binding instrument in the field of business and human rights, overcoming most of the most serious – or even the less serious- objections relating to the scope of the treaty and its complementary character in relation to other instruments. The provisions on legal liability for enterprises have an enormous significance for the implementation of international criminal law and human rights law in relation to business enterprises. However, there are still many aspects of this provision and of the treaty that require revision during the process of negotiation. To this effect, it will be vital that largest possible number of States participate in the next session of the IGWG next October in Geneva, Switzerland.

Carlos Lopez is Senior Legal Advisor at the International Commission of Jurists.