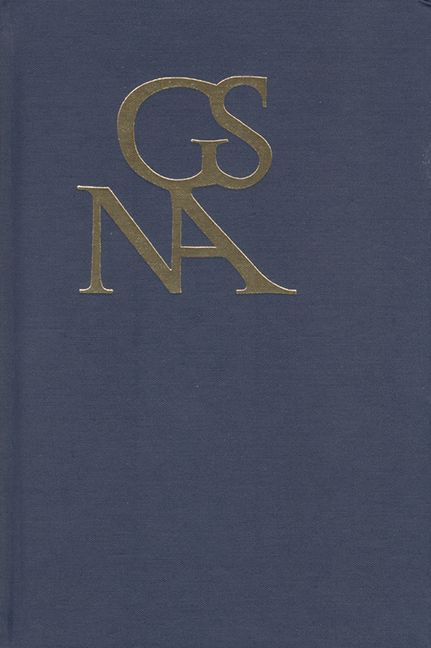 Goethe's Wilhelm Meister and the Refusal to Grow Up: The Dialectics of Bildung

from Special Section on What Goethe Heard, edited by Mary Helen Dupree

JOHANN WOLFGANG VON GOETHE'S formative influence on the Bildungsroman is well known. There is a broad critical consensus that Wilhelm Meisters Lehrjahre (1796) is not only the first, but the paradigmatic example of the genre. Yet in this essay I propose a closer look at the literary paradigm itself, which yields a different evaluation of the commitment of Goethe's novel to the idea of Bildung. Seemingly endorsing a rigid teleology—the successful maturation, self-fulfillment, acculturation, and socialization of the protagonist— the Bildungsroman is an intrinsically dialectical literary form. While manifesting a deep interest in childhood, the prerequisite of any formation narrative is a depiction of childhood as a phase to be outgrown. The genre shuns prolonged childhood; it portrays mature socialization and the consolidation of a unified bourgeois subject as its sole desirable fulfillment. Yet the importance of childhood for this process, and for the genre, suggests an inherent contradiction. As Franco Moretti has observed, the Bildungsroman, since its appearance in the late eighteenth century but more conspicuously in later works, exhibits some tension between the fascination with youth as an energetic emblem of modernity and constant change, and the striving toward adulthood, which signifies stoppage, stasis and finality. Goethe's novel is indeed torn between a longing for childhood and an ambition to obtain stable adulthood, but in a way that requires some rethinking of its generic paradigm.

Wilhelm Meisters Lehrjahre demonstrates how the concept of Bildung is fraught with inconsistencies from its inception. Although considered the model Bildungsroman, it depicts growth and development not as linearly progressive but as an uncertain and equivocal dynamic. Moretti, Jeffrey Sammons, David Miles and other critics suggest that modern works render explicit what was kept vague or altogether denied at the time of Goethe. Yet, while late-nineteenth- and twentieth-century novels increasingly collapse classical Bildung assumptions, I trace the ambiguity as strongly at work already in the earliest example of the genre. The critical paradigm of childhood- as-search vs. adulthood-as-stasis gets complicated when childhood itself is represented as static. Fascinated as it is with the topos of the child who lingers in an eternal childhood, even the first paradigmatic Bildungsroman challenges the telos of progress by a partly concealed alternative route, whose guiding principle is the refusal to grow up.