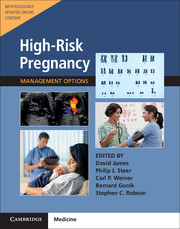 60 - Induction of Labor and Termination of the Previable Pregnancy

Labor induction is the stimulation of regular uterine contractions before the spontaneous onset of labor, using mechanical or pharmacologic methods in order to generate progressive cervical dilatation and subsequent delivery. Although the term generally refers to patients who are at term, it is also employed for women from 20 weeks’ gestation. It is important to distinguish labor induction from augmentation, which refers to stimulation of uterine contractions when spontaneous contractions during labor have been considered inadequate.

Induction of labor is an important and common clinical procedure in obstetrics. In the United States, the percentage of singleton births that were induced increased nearly every year from 1990 to 2010, when it reached a high of 23.8%, after which it declined to 23.7% in 2011 and 23.3% in 2012. One of the main reasons for the more recent decline is the reduced number of inductions at less than 39 weeks’ gestation, a trend that has been present since 2006.

Generally, labor induction is indicated when the benefits of delivery to the mother or fetus outweigh the potential risks of continuing the pregnancy. The most appropriate timing for labor induction is the point at which the maternal or perinatal benefits are greater if the pregnancy is interrupted than if the pregnancy is continued. Ideally, most pregnancies should be allowed to reach term, with the onset of spontaneous labor being an important indication of likely fetal maturity and therefore the sign of physiologic termination of pregnancy. However, occasionally a woman is best delivered before the spontaneous onset of labor. Commonly accepted indications for labor induction are listed in Table 60.1. Of the standard indications for labor induction, pregnancyinduced hypertension and postdate pregnancies are among the most common, accounting for more than 80% of reported inductions.

Given that there is an indication for induction, the risks to mother and fetus must then be considered, to make sure that the benefit outweighs these risks. The risks to the mother are mainly related to any increased chance that she will need operative delivery (particularly important if the cervix remains “unripe” or “unfavorable for induction”), compared with labor following the spontaneous onset of labor. The risks to the fetus are those of prematurity.