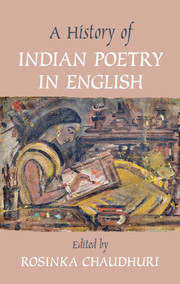 5 - The Locations and Dislocations of Toru and Aru Dutt

from SECTION I - THE BROAD NINETEENTH CENTURY: INDIANS IN ENGLISH AND THE ENGLISH IN INDIA

Whether as translator, critic, and anthologist; groundbreaking female experimenter in the Indian novel in English; first female Indian writer to publish a novel in French; or, most famously, the poet of Ancient Ballads and Legends of Hindustan, Toru Dutt (1856–77) claims her place within any serious introduction to Indian literary history – a place inseparable from the challenges of defining “Indian literature” itself. Aru Dutt, Toru's elder sister (1854–74), lived only long enough to complete eight verse translations. Still, by right of those pieces, her contributions to sisterly collaborative literary visions, and the significance of her loss for Toru Dutt's larger self-positioning as writer, Aru Dutt, too, has her own place here.

What might “India” have meant in the time of Toru and Aru Dutt? What might English have meant – and what does it still mean – within the literature of India? To ask what might be “Indian,” within that rich, varied body of writing which Toru Dutt produced, so far as we now know, in English and French, is to raise such questions. Domestically overdetermined, yet culturally alienating, Toru and Aru Dutt's turns to Western languages helped shape an Indian literature whose power seems to spring “not from the site of a monolithic ‘truth’ and ‘native’ authenticity, but from the infinitely more fascinating site … of reinvention and improvisation.”

Born, like their elder brother Abju, into a family already establishing the “genealogical chart of early Indian English literature,” Toru and Aru Dutt divided their privileged, sequestered, yet cosmopolitan childhood between their family's Calcutta city house in Rambagan and a beloved country home at Baugmaree. Nilmoni Dutt, their great-grandfather, was a distinguished figure with ties to “many prominent Englishmen”; their grandfather Rasamoy Dutt, who served on the managing committees of both the Hindu College and the Sanskrit College, possessed a “splendid collection of English books.” The children's father, Govin Chunder, joined other English-speaking poets of his family in publishing the 1870 Dutt Family Album, the first anthology of English poetry by Bengalis.