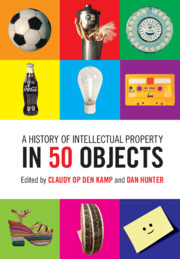 from The Consumption Age

DYNAMIC RANDOM ACCESS Memory, or DRAM, was patented by IBM employee Robert Dennard in June 1968, under the title “Field-Effect Transistor Memory.” Although invented by an IBM employee, it was first successfully commercialized by Intel in 1970 in their 1103 DRAM-chip—the first RAM technology to bring dynamic electrical memory into the mainstream. It was a remarkable breakthrough in memory technology, but it was also fundamental in reshaping intellectual property law and the way that we regulate the entire technical ecosystem of the digital, hyper-connected, cloudenabled world we live in today.

Developments in RAM, along with improvements in communication technologies more broadly, have meant that copyright materials are constantly being copied into RAM for the sake of ease of access and use. This single fact became the anchor point for almost every aspect of our digital lives: it was central to the emergence of digital copyright duringthe 1980s, arguments over reverse engineering, mod-chips, and software piracy in the 1990s, internet browsing, cable television time-shifting, and internet intermediary liability in the 2000s, and live streaming, cloud computing, and the innumerable ways we consume media in current times.

The invention of the Intel 1103 chip was the start of all this. It represented a binary digit—also known as a bit—as a high or low charge on a capacitor paired with a single transistor. In comparison, static RAM Systems of the day required up to six transistors per bit. The advantage of the DRAM approach was clearly described in the patent documentation: since only two components are required, the area needed for each bit is extremely small. Thus, very large memory systems could be built on a single chip.

Memory is needed in all digital systems and, prior to the RAM-chip, magnetic core arrays were the preferred means of creating memory systems. These arrays involved grouped donuts of ferrite material suspended on wires, such that they could be magnetized in one of two directions using pulsed electrical charges—the magnetic dipoles of north and south represented the digital 1s and 0s. DRAM changed the medium of memory from ferromagnetic to electrical, increasing memory density sufhciently to make Silicon chips a viable choice. The trade-offfor this dramatically smaller medium was the need constantly to refresh the capacitor with electricity to prevent the charge from “leaking,” thereby destroying the data.