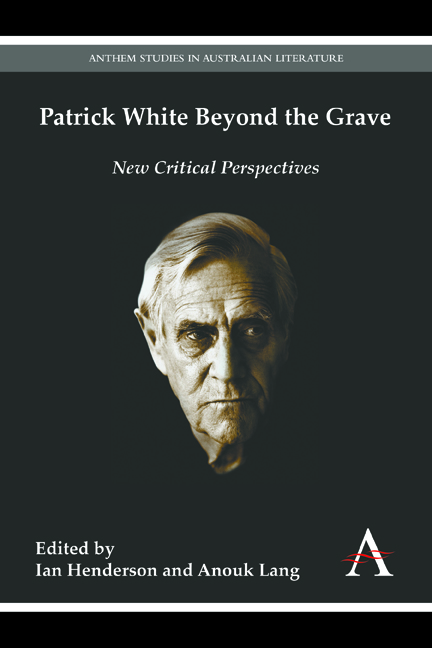 from Part I - RESURRECTED PAPERS

For Darriel Jeffree on his 50th birthday

In 1958, the future translator and editor of Ludwig Leichhardt's correspondence – Marcel Aurousseau – was asked by the literary journal Meanjin to comment upon ‘The Identity of Voss’. Taking into account a range of source material, Aurousseau reached the following, at that time speculative, conclusion:

It seems most likely that Mr. White has read Leichhardt's letters to his relatives, I should say in the original German edition of 1881, and that he read them with most perceptive understanding.

Following the recent discovery of a collection of White's letters, notebooks and manuscripts, sold to the National Library of Australia (NLA) in 2006, it has become possible to examine White's principal research notebook for Voss online via the NLA catalogue. The Voss notebook now reveals Aurousseau's opinion of 1958 to be a statement of fact, albeit one subject to some significant qualifications. On the basis of the Voss notebook, we now know that White conducted research into all three of Leichhardt's expeditions, with probably the most detail being devoted to the first attempted east-west crossing of Australia of 1846–47 (Leichhardt's second major expedition overall)

White even includes a basic bibliography in which he lists a range of names (see Figures 2.1 and 2.2 below). Some of these refer to Leichhardt's early contacts: William Nicholson, Leichhardt's research companion in Germany and England; William Branwhite Clarke, the Sydney clergyman and geologist who had supported Leichhardt's career as an explorer; and John Gould, the renowned zoologist who had employed John Gilbert, the researcher and ornithologist who would later die during Leichhardt's first expedition to Port Essington (all listed on Figure 2.1). Others are, like Gilbert, members of the first expedition: John Roper, William Phillips (both Figure 2.1) and Christopher Pemberton Hodgson (Figure 2.2). Another group consists of those who went in search of Leichhardt after his disappearance in 1848, such as Hovenden Hely (also a member of Leichhardt's failed second expedition of 1846–47, who embarked on a search for Leichhardt in 1852), Sir John Forrest (who commanded the 1869 expedition in search of Leichhardt's remains that was organised by Ferdinand Jakob Heinrich von Mueller) and even the dubious Andrew Hume, who made a scarcely plausible claim to have come across a survivor from Leichhardt's final expedition (August Classen) on his outback wanderings during 1862 (all on Figure 2.2).