Home
The Cambridge Companion to Ulysses

The Cambridge Companion to Ulysses 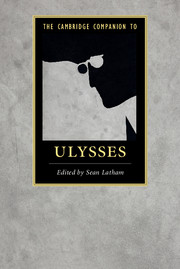 Few books in the English language seem to demand a companion more insistently than James Joyce's Ulysses, a work that at once entices and terrifies readers with its interwoven promises of pleasure, scandal, difficulty and mastery. This volume offers fourteen concise and accessible essays by accomplished scholars that explore this masterpiece of world literature. Several essays examine specific aspects of Ulysses, ranging from its plot and characters to the questions it raises about the strangeness of the world and the density of human cultures. Others address how Joyce created this novel, why it became famous and how it continues to shape both popular and literary culture. Like any good companion, this volume invites the reader to engage in an ongoing conversation about the novel and its lasting ability to entice, rankle, absorb, and enthrall.