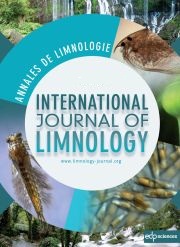 The use of larval morphology and drumming in Plecopterasystematics, and further studies of drumming behavior

The use of comparative larval morphology and drumming behavior in stonefly systematics is discussed. A tentative assignment of plesiobehavioric and apobehavioric states to drumming in Plecoptera is made, based upon the described behavior of 46 North American species, representing 8 families and 25 genera. Experiments are described which show that pairs of Perlinella drymo effectively transmit and receive signals at minimum distances of 8 m through a continuous wooden rod, 5-9 mm in diameter. Communication was achieved for shorter distances of 10-200 cm by male and female P. drymo drumming in manilla paper boxes resting on foam rubber pads. Pairs of P. drymo were unable to communicate at distances of 25 cm on a 4.2 kg rock, nor were Pteronarcella badia (Hagen) at a distance of 25 cm, when male and female were on separate, dried aspen limbs.

The use of larval morphology and drumming in Plecoptera systematics, and further studies of drumming behavior
×

The use of larval morphology and drumming in Plecoptera systematics, and further studies of drumming behavior
×

The use of larval morphology and drumming in Plecoptera systematics, and further studies of drumming behavior
×
×