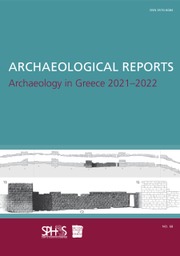 Much progress has been made in the study of the emporion of the port-city of Delos (Map 9) in recent years, with new excavations and preparations towards their publication, reassessments of previously excavated material as well as analyses of the history, religion, art and architecture of Delos in the Late Hellenistic and Roman periods. Home of the Sanctuary of Apollo since the Archaic period, Delos commanded a huge cult network that intertwined religious with economic and political activities due to its advantageous geographical position at the centre of the Aegean world. The latest research has focused on these religious, political and economic networks (for example Constantakopoulou 2007; Chankowski 2008; Collar 2013; Migeotte 2014; Raptopoulos 2014; Le Quéré 2015), while the important contribution of Véronique Chankowski on the economy of the island in the Hellenistic period awaits publication (see Chankowski 2011). Delos prospered in the Late Hellenistic period, when the Roman authorities granted the port of Delos duty-free status, and when the island reverted to Athenian control in 167 BC, turning it into a commercial base that connected the eastern and western Mediterranean. This report concentrates on recent developments in research on Hellenistic and Roman Delos.