Asian Journal of Law and Society 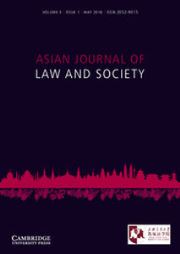