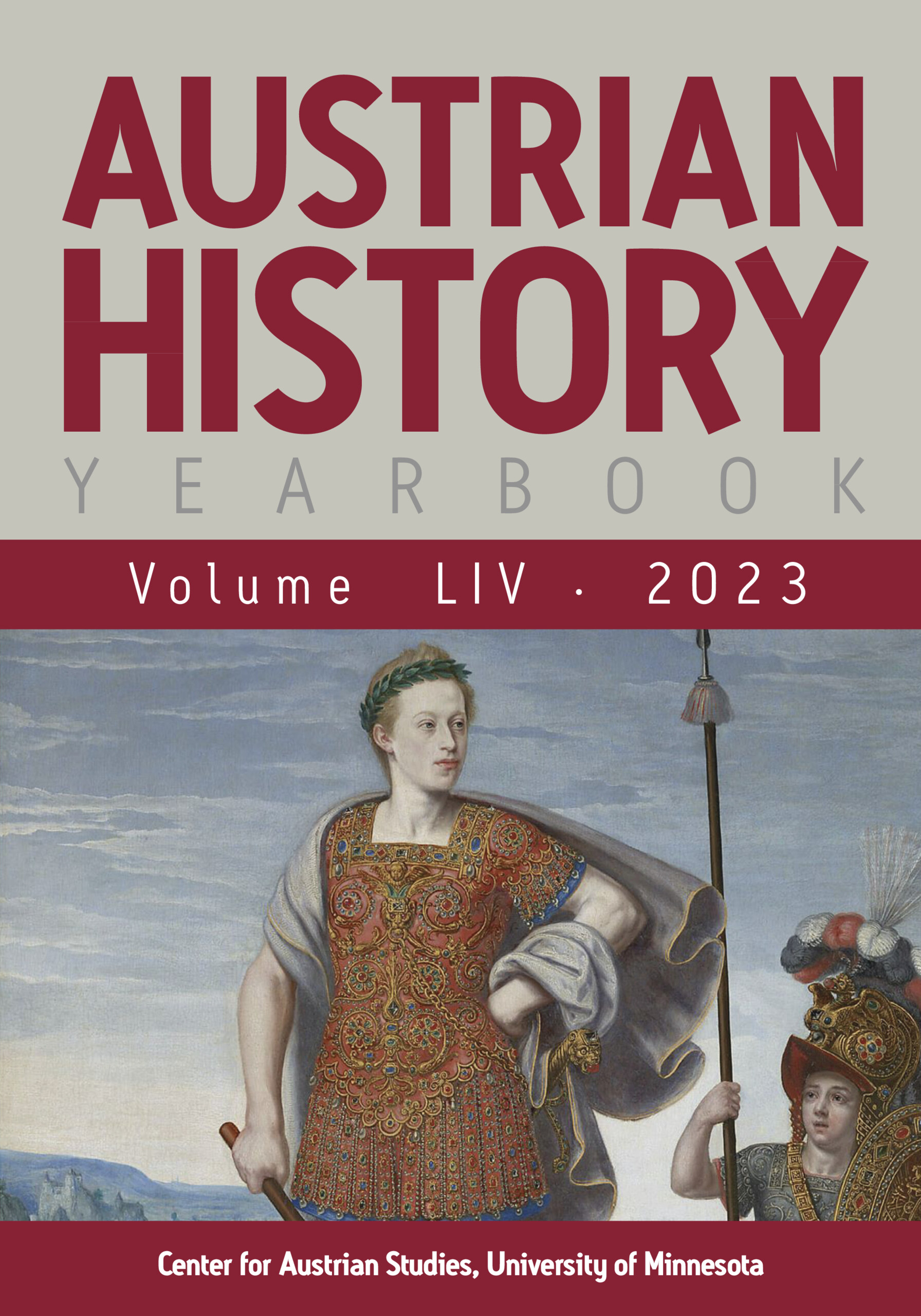 The riots that took place in Vienna in July, 1927, and the unsuccessful strikes that followed them came to be regarded almost immediately as a turning point in the history of Austria's first republic. In a flash, the Social Democratic Party, which had made the best relative showing in the parliamentary elections in April of that year, was thrown on the defensive, while within a few months the governing anti-socialist groups dominated by the Christian Social Party began to gather their forces for a vigorous political offensive. In the forefront of the anti-socialist drive stood the various paramilitary Heimwehren, which had played a leading role in foiling the nationwide strikes in July. Capitalizing on the widespread fear that the socialist leaders were preparing to wage violent class warfare, the Heimwehr leaders rapidly expanded their provincial organizations and used them as militarized pressure groups. They sought to depict the Heimwehr as a popular movement that would save Austria's traditional social order by enabling—or forcing—the “bourgeois” parliamentarians to stand firm against the socialists.

1 The names of the provincial organizations varied. The terms Heimatdienst (Home Service), Selbstschutzverband (Self-Defense League), Heimwehr or Heimatwehr (Home Guard), and Heimatschutzverband (Home Defense League) were all used. When referring to specific provincial organizations, I will generally use the appropriate German names, as nearly according to contemporary usage as possible. When referring to the movement in general or to. Heimwehr confederations or organizations, I will use the name Heimwehr (even in instances where they had other titles, such as the Selbstschutzverbände); however, when speaking of several provincial units as autonomous groups I will use the plural term “Heimwehren.” Unfortunately, I have found it impossible to be consistent in every case. The Social Democratic paramilitary organization will be referred to as the Schutzbund.

6 Prince Ernst Rüdiger Starhemberg describes the occurrence of such an incident in Linz in his Between Hitler and Mussolini (New York: Harper, 1942), pp. 5–6Google Scholar; and in his Memoiren (Vienna: Amalthea Verlag, 1971), p. 40.Google Scholar

11 Heimatschutz in Österreich, published under the Supervision of the Propaganda Office of the Federal Leader (Vienna: Zoller Verlag, 1934), p. 239.Google ScholarPubMed

15 There is some confusion about Pabst's rank. In Austria he was always known as “Herr Major,” and Harold J. Gordon, Jr., reports that in July, 1919, Pabst was eased out of the army “with a terminal promotion to rank of major.” See Gordon, , The Reichswehr and the German Republic, 1919–1986 (Princeton, N. J.: Princeton University Press, 1957), pp. 97–98.Google Scholar However, Gustav Noske contended that he did not promote Pabst before retiring him from active duty. See his Von Kiel bis Kapp. Zur Geschichte der deutschen Revolution (Berlin: Verlag für Politik und Wirtschaft, 1920), p. 200.Google Scholar When in 1929 the German government cut off Pabst's pension on the ground that he was no longer a citizen—a ruling that Pabst successfully contested—he was still officially referred to as a captain, although by that time the German consul in Innsbruck had accepted his self-styled promotion to major. See relevant documents from late 1929 and early 1930 in Politisches Archiv des Deutschen Auswärtigen Amtes (Bonn), Abteilung II, Politik 2, No. 3 (Heimwehrorganisation in Österreich), Vol. III (September 20, 1929–December 1, 1931).Google Scholar

28 It should be noted in passing that a year earlier Seipel had made a similar request of the Hungarian minister in Vienna.

31 The point of origin of the Bavarian subsidies for the Tyrol at this time is not entirely clear. In January, 1921, Steidle told the German consul that he received no financial aid from Bavaria, but a year later the new consul wrote that a “reliable source” had reported that the Bavarian subsidy had been cut off. See Külmer to foreign ministry, Innsbruck, January 26, 1921, Politisches Archiv des Deutschen Auswärtigen Amtes (Bonn), Abteilung II, Politik 2, No. 3 (Heimwehrorganisation in Österreich), Vol. I (1920–1926)Google Scholar; Kuenzer to foreign ministry, Innsbruck, February 21, 1921, ibid. One may conclude that sometime during 1921 the Tyrolese received money from Bavarian contributors. However, in his informative dissertation Ludgar Rape asserts that Kanzler provided direct subsidies for organizational and propaganda purposes only to right-wing groups in Salzburg (a total of 142,000 marks in 1920) and Styria (12,000 marks for its nationalistic groups). Other provinces got help in the form of salaries for the Organisation Kanzler staff (a total of 41,000 marks monthly). Thus, during much of 1921 the staff chiefs of Salzburg and the Tyrol shared nearly 7,000 marks monthly. See Ludgar Rape, “Die Österreichische Heimwehr und ihre Beziehungen zur bayrischen Rechten zwischen 1920 und 1923” (unpublished Ph. D. dissertation, University of Vienna, 1968), pp. 247–249.

33 Much of Rape's long dissertation, cited in n. 31, deals with the extremely complicated struggle between the various paramilitary organizations in Bavaria for control of the Austrian Heimwehren. His well-researched work is based primarily on illuminating documents which he found in the Organisation Kanzler records in the Politisches Archiv des Deutschen Auswärtigen Amtes for 1920–1921; in the records of the Bund Bayern und das Reich in the Kriegsarchiv in Munich; and in the Colonel Max Bauer Nachlaß in the Deutsches Bundesarchiv at Koblenz. The material in the next five paragraphs is based on Rape's dissertation, especially pp. iii–iv, 259, and 404–556.

46 Albert Henry Washburn, the United States minister to Austria from 1922 to 1930, was told “in strictest secrecy” about Rintelen's complicated maneuvers to gain Mussolini's support by Camillo Castiglioni, an Italian war profiteer and entrepreneur living in Vienna, who claimed that he got in touch with Mussolini on Rintelen's behalf. Washburn found “much in this story to credit.” See Washburn to secretary of state (confidential), Vienna, August 31, 1927, National Archives (Washington, D. C.), Records of the Department of State, No. 863.00/167. For other evidence of Rintelen's machinations in the first part of 1927, see Nemes, D., “‘Die österreichische Aktion’ der Bethlen-Regierung,” Acta Historica. Journal of the Hungarian Academy of Sciences, Vol. XI, No. 1–4 (1965), pp. 191–192.Google Scholar

61 In a series of letters to Count Zech at the Austrian desk in the second department of the German Foreign Ministry, Consul Saller gave a running account of affairs within the Heimwehr based on information he had received through “reliable” informants in Innsbruck. See Saller to Zech, January 3, 13, 19, and 31, and February 3 and 4, 1927 (very confidential), Politisches Archiv des Deutschen Auswärtigen Amtes (Bonn), Abteilung II, Politik 5 Oe A (Geheime Akten betreffend Heimwehr Organisationen in Österreich), January, 1927–February, 1933.Google Scholar The information in the four paragraphs which follow comes chiefly from this correspondence. Other sources will be distinguished when necessary.

63 We still do not know how much information about the Heimwehr plans reached the Austrian government. It seems apparent, however, that the Austrian minister in Berlin was well informed, for on January 19 he told an official at the German foreign ministry that, because of the extensive reorganizational changes then underway, he thought that any Heimwehr action was unlikely for at least three months. See Zech to Lerchenfeld (private), Berlin, January 19, 1927, Politisches Archiv des Deutschen Auswärtigen Amtes (Bonn), Abteilung II, Politik 6 Oe A (Geheime Akten betreffend Heimwehr-Organisationen in Österreich), January, 1927–February, 1933.Google Scholar

76 See Washburn to secretary of state (confidential), Vienna, August 31, 1927, National Archives (Washington, D. C.), Records of the State Department, No. 863.00/167. Castiglione told the American minister that Rintelen had taunted him by insisting that if his “proposal of two years ago had been adopted the 15th day of July would never have happened.”