Science and Islands in Indo-Pacific Worlds 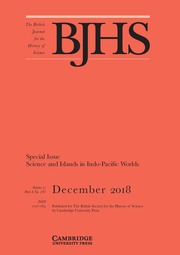