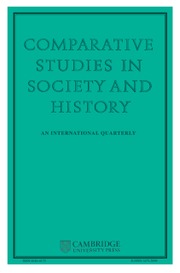 How Did the West Usurp the Rest? Origins of the Great Divergence over the Longue Durée

Traditional explanations of the “rise of the West” have located the sources of Western supremacy in structural or long-term developmental factors internal to Europe. By contrast, revisionist accounts have emphasized the conjunctural and contingent aspects of Europe's ascendancy, while highlighting intersocietal conditions that shaped this trajectory to global dominance. While sharing the revisionist focus on the non-Western sources of European development, we challenge their conjunctural explanation, which denies differences between “West” and “East” and within Europe. We do so by deploying the idea of uneven and combined development (UCD), which redresses the shortcomings found on both sides of the debate: the traditional Eurocentric focus on the structural and immanent characteristics of European development and the revisionists’ emphasis on contingency and the homogeneity of Eurasian societies. UCD resolves these problems by integrating structural and contingent factors into a unified explanation: unevenness makes sense of the sociological differences that revisionists miss, while combination captures the aleatory processes of interactive and multilinear development overlooked by Eurocentric approaches. From this perspective, the article examines the sociologically generative interactions between European and Asian societies’ development over the longue durée and traces how the breakdown of feudalism and the rise of capitalism in Europe were fundamentally rooted in and conditioned by extra-European structures and agents. This then sets up our conjunctural analysis of a central yet underappreciated factor explaining Europe rise to global dominance: the disintegration of the Mughal Empire and Britain's colonization of India.

5 Cooper, Luke, “Can Contingency be ‘Internalised’ into the Bounds of Theory?” Cambridge Review of International Affairs 26, 3 (2013): 573–97CrossRefGoogle Scholar.

20 For a list of some of these contributions, see <http://www.unevenandcombineddevelopment.wordpress.com/writings/> (accessed 24 Sept. 2016).

21 Trotsky, Leon, The History of the Russian Revolution, 3 vols. (Ann Arbor: University of Michigan Press, 1959)Google Scholar. Though it is often assumed that Trotsky employed UCD exclusively to examine the “peculiarities” of Russian development in explaining the October Revolution, he clearly envisioned UCD as being universally applicable in both time and space, writing for example: “The law of uneven development is supplemented throughout the whole course of history by the law of combined development” (The Revolution Betrayed [New York: Monod, 1937], 30)Google Scholar. For reconstructions of UCD as a “general abstraction” applicable to different historical eras, see Rosenberg, Justin, “Why Is there no International Historical Sociology?” European Journal of International Relations 12, 3 (2006): 307–40CrossRefGoogle Scholar; Matin, Kamran, Recasting Iranian Modernity: International Relations and Social Change (London: Routledge, 2013)Google Scholar; Anievas and Nişancioğlu, How the West Came to Rule, 57–63.

22 Rosenberg, “Why Is there no International Historical Sociology?”

24 Rosenberg, “Why Is there no International Historical Sociology?”

26 The revisionist historiographical approaches have largely fallen into the latter “externalist” mode of explanation, particularly those drawing on World Systems Analysis exemplified in the works of: Frank, ReORIENT; Mielants, Eric H., The Origins of Capitalism and the ‘Rise of the West’ (Philadelphia: Temple University Press, 2007)Google Scholar; and Frank, Andre Gunder and Gills, Barry K., eds., The World System: Five Hundred Years or Five Thousand? (London: Routledge, 1993)Google Scholar. They also include “neo-Weberian” scholars such as Hobson's Eastern Origins. Traditional explanations have, by contrast, largely operated with an “internalist” mode of analysis; for example Duchesne, Uniqueness; Landes, Wealth and Poverty; and Ferguson, Civilization. While the likes of Michael Mann and Perry Anderson partly transgress this divide, they do not substantively theorize “the international.”

29 Rosenberg, “Why Is there no International Historical Sociology?” 324.

34 Rosenberg, “Why Is there no International Historical Sociology?” 319.

46 Greengrass, Mark, Christendom Destroyed: Europe 1517–1648 (London: Allen Lane, 2014), 10–11, 300Google Scholar. Although Christendom was reproduced in the “Ottoman mirror,” its reproduction was contradictory. During the sixteenth century, the Ottomans would actively exploit the divisions within Christendom, thus contributing to its breakdown (Anievas and Nişancioğlu, How the West Came to Rule, 111–15).

48 See Greengrass, Christendom Destroyed; Anievas and Nişancioğlu, How the West Came to Rule.

49 The “Eastern” origins of European feudalism are examined in Hobson, Eastern Origins, 99–115.

50 To clarify, we are not claiming that feudalism was inherently stagnant or that agents operating under feudal rules of reproduction were incapable of introducing labor-saving technologies and developing the productive forces more generally. Indeed, they often did in significant ways (see Chris Wickham, “Productive Forces and the Economic Logic of the Feudal Mode of Production,” Historical Materialism 16, 2 [2008]: 3–22). However, despite such technological innovations, feudal rules of reproduction still set clear limits to the nature and extent of such developments and these limits compelled lords to find other means of expanding their incomes, particularly through “geopolitical accumulation.” We thank one of the CSSH reviewers for pushing us to clarify this point.

73 Anievas and Nişancioğlu, How the West Came to Rule.

76 Peter A. Lorge, The Asian Military Revolution: From Gunpowder to the Bomb (Cambridge: Cambridge University Press, 2008), 137.

78 See Abu-Lughod, Before European Hegemony; Anievas and Nişancioğlu, How the West Came to Rule, 67–77.

106 On the absence of stable private property land rights in the great Islamic empires (including the Mughals) being a consequence of their nomadic origins, see Anderson, Lineages, 491, 499–503.

113 This was a general tendency of tributary systems; see Callinicos, Imperialism, 118–19.

123 On the socioeconomic background of the leaders of the Maratha Revolt, see Chandra, Satish, “Social Background to the Rise of the Maratha Movement during the 17th Century in India,” Indian Economic Social History Review 10 (1973): 209–17CrossRefGoogle Scholar; Habib, Agrarian System, 389, 400–4.

126 This is not to claim that the feudal mode of production in its totality was ever fully established or secured in the Maratha Empire, but rather that its socioeconomic system can be characterized as sharing certain commonalities with feudalism while nonetheless remaining overdetermined by the wider dominant tributary context in which it formed a part. See further, Fukazawa, “Maharashtra,” 198–99.

137 In addition to the approximately sixty Muslim warlords from the Deccan granted mansabs, the Mughals enlisted nearly a hundred Maratha chiefs into the lower ranks of the mansabdāri system. The Maratha share of total mansabdārs increased from 5.5 percent at the beginning of Aurangzeb's rule to approximately 16.7 percent by the end. Such an “open policy put a strain on the imperial resources and forced Aurangzeb to restrict admissions and to reduce salaries” (Gommans, Mughal Warfare, 79).

139 As Gommans notes, “Already during Akbar's reign the total salary claim against mansab was a staggering 80 per cent of the total revenue”—a share that climbed even further with the growing power and assertiveness of the zamīndārs from the mid-seventeenth century (Mughal Warfare, 87–88).

145 See Rana, “Was There an Agrarian Crisis,” 27; Habib, Agrarian System, 364–405; Moosvi, “Scarcities”; Raychaudhuri, “Mid-Eighteenth-Century Background”; Williamson and Clingingsmith, “Mughal Decline,” 7–17. We cannot fully engage here with the vast historiographical debates concerning the nature and extent of the Mughals economic decline. The revisionist historiography has certainly problematized the monolithic view of medieval and early modern India as inherently stagnant, and has highlighted unmistakable signs of commercial and technological dynamism throughout much of precolonial Indian history. Nevertheless, the evidence does seem to suggest that despite—or, most likely, because of—this earlier period of sustained economic growth, the Mughal agrarian economy did begin to decline around the mid-seventeenth century. This was, however, not a uniform process, given the highly uneven development of different regions and economic sectors. C. A. Bayly's study of eighteenth-century northern India, for example, demonstrates how urban prosperity existed alongside aggregate agrarian decline, noting “large penumbras of agricultural decline, particularly in the northwest” (Rulers, Townsmen, and Bazaars, 76).

How Did the West Usurp the Rest? Origins of the Great Divergence over the Longue Durée
×

How Did the West Usurp the Rest? Origins of the Great Divergence over the Longue Durée
×

How Did the West Usurp the Rest? Origins of the Great Divergence over the Longue Durée
×
×