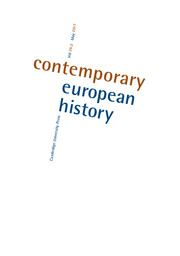 Visions of European Integration Across the Twentieth Century