A Tale of Three Constitutional Courts in Democratic Transitions 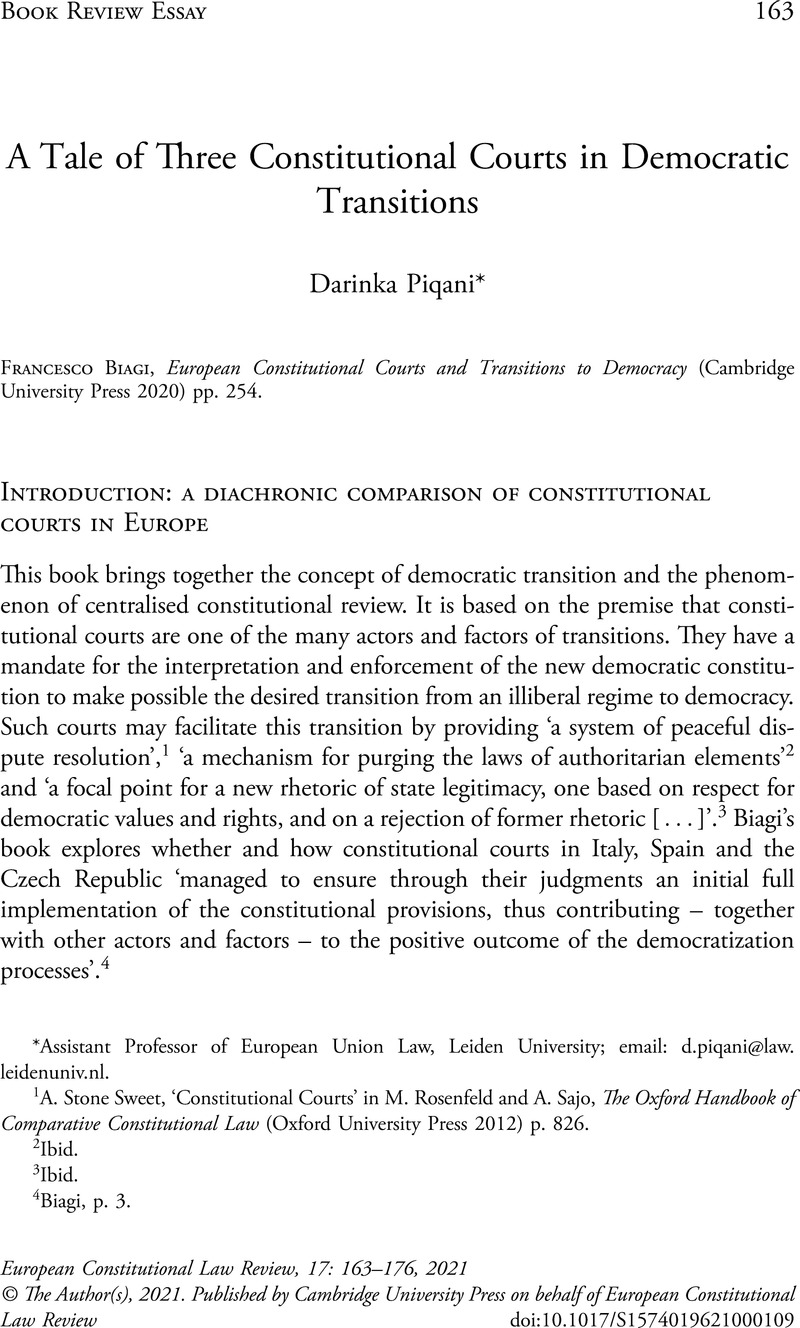 23 Biagi refers to this definition by the Pavel Hollande, former vice-president of the Czech Constitutional Court, p. 149.

28 Judgment 1/1956 of the Italian Constitutional Court.

47 Czech Constitutional Court, Judgment on Sugar Quotas, Pl. ÚS 50/04, 08 March 2006. This case concerned the constitutionality of a governmental regulation on the allocation of sugar quotas for sugar producers. Petitioners claimed that the regime adopted by the government violated the principle of equality, the freedom of producers to conduct business and the right to property. The Court annulled certain provisions of the Government Regulation on the ground that the Czech Government had acted ultra vires ‘by exercising an authority which had been already transferred to Community organs and which the Government, as a result, no longer held’. According to the Court, the Government was not authorised to adopt the implementing decree, as the competence to regulate the sugar market had been transferred, through Art. 10a of the Constitution, to EU institutions, which had regulated the issue through a directly applicable act, the EC regulation on sugar quotas.

A Tale of Three Constitutional Courts in Democratic Transitions
×

A Tale of Three Constitutional Courts in Democratic Transitions
×

A Tale of Three Constitutional Courts in Democratic Transitions
×
×