The State of the Parties– Party Democracy in the 21st Century 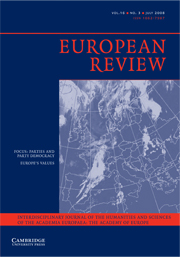