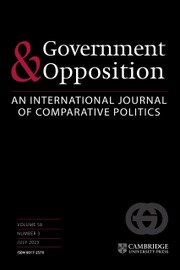 Beyond the observation of official positions and incorporating the ‘Latent Power Structure’ (LPS), this article offers a broadened view of the organization of democratic governments. We define the LPS as a set of former officials, parliamentary and party members, and business directors who are closely related to government members, since they have recruited one or more of them for certain positions in the past. Applied to a Social Network Analysis of two Spanish governments, the LPS reveals a more concentrated structure of power with a far greater range of resources. The LPS analysis shows that governments rely on certain influential organizations in the social structure, to a greater extent than might initially be believed. This finding indicates the existence of government structures that represent a greater risk to democratic representation, and provides evidence for understanding how the state and other critical institutions are related in the social structure.