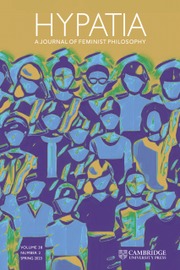 The life and work of Rousseau the musician and aesthetician has been forgely neglected in the debate about Rousseau's views on women. In this paper, I shall introduce a new text and a new female figure into the conversation: Collette, the shepherdess in Le devin du village, an opera written by Rousseau in 1752. We see an ambiguity in Collette—the text often expresses one view while the music expresses another. When we take Collette s music seriously the following picture emerges: the natural desire of women to be free, a fairly active female agency, an incipient rebellion against the social role of women, and a final acceptance of the role of wife. This view of Collette supports the thesis that for Rousseau women are not naturally subordinate to men but are taught to be subordinate because it is required for the maintenance of the patriarchal family, the cornerstone of civil society. We see many glimpses of Collette's true, unsocialized, nature, especially in the melodies she sings, it is in song, the first and hence most natural language of humans, that we see Collette's longing for freedom. But she ends by singing the praises of civil society, albeit a rural society, and thus implicitly accepting the subordination she is destined to suffer at Colins hands.