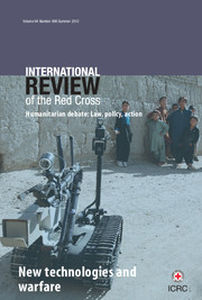 New Technologies and the Law