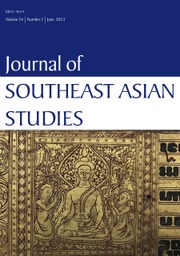 Protestant conversion and social conflict: The case of the Hmong in contemporary Vietnam

This article analyses the social implications of the recent mass conversions to Protestantism by one-third of the one million Hmong in Vietnam. The conversions have been condemned by the Vietnamese state, while being understood by international human rights activists as acts of conscience on the part of the Hmong converts. This article focuses on the internal debate and divisions surrounding conversion among the Hmong themselves. The converts believe that Protestantism is the only way to alter the ethnic group's marginal status in Vietnam while the unconverted Hmong see conversion as a betrayal of Hmong ethnicity. Such conflicting views have been causing deep fractures in Hmong society.

1 Place and personal names have been changed or omitted to protect the identities of those who brought me there and are also involved in the story.

9 I carried out fieldwork, mainly participant observation and extensive interviews, for fifteen months in Vietnam and six months in the United States, along with eight short field trips to the other side of the Chinese border, one visit to Chiang Mai, Thailand, and one trip to several provinces in Laos. I studied the Hmong language at Madison, Wisconsin in 2006, while visiting Hmong communities in Milwaukee, Sheboygan, Wausau, St. Paul, and Minneapolis. The contacts established in that year formed the core of my fieldwork networks in 2008.

12 In this article, I use HRPA, which was invented and improved by a number of Catholic and Protestant missionaries in the 1950s and used to transcribe the Bible and other religious materials. HRPA has been widely adopted by the Hmong in Laos and Thailand as well as in the West (mostly in North America, France, and Australia). In China and Vietnam this script was only adopted in the early 1990s, thanks to increasing contact with the Hmong diaspora, Hmong-language media, and religious materials. See Joakim Enwall, ‘Hmong writing systems in Vietnam: A case study of Vietnam's minority language policy’ (Stockholm: Working paper No. 40, Center for Pacific Asia Studies at Stockholm University, 1995).

14 Scott, James in The art of not being governed: An anarchist history of upland Southeast Asia (New Haven, CT: Yale University Press, 2009)Google ScholarPubMed argues that for the Hmong as well as other ethnic minorities in Zomia who share this myth about the loss of literacy, the legibility of the state was best resisted by deliberately dispensing with the written arts. In Sovereignty and rebellion, Tapp provides an alternative reading of this narrative of literacy loss as a manifestation of the Hmong's inferiority complex vis-à-vis the highly literate Chinese which tells us more about upland peoples' knowledge of writing in nearby state systems.

15 Millenarian beliefs have been a feature of Chinese religions and continue to be manifested in groups like the Hmong which migrated to Southeast Asia. Tai, Hue-Tam Ho states in Millenarianism and peasant politics in Vietnam (Cambridge, MA: Harvard University Press, 1983)CrossRefGoogle Scholar that the Miao were known for their tradition of rebellion, which often went hand in hand with millenarianism. Jenks, Robert, in Insurgency and social disorder in Guizhou: The ‘Miao’ Rebellion, 1854–1873 (Honolulu: University of Hawai‘i Press, 1994), pp. 58–73Google Scholar, points out that less than half of the followers of the late-nineteenth-century ‘Miao Rebellion’ in China were Miao, the majority being Han or other non-Miao. Millenarian religion, Jenks argues, offered justifications for the non-Miao crossing ethnic boundaries to participate in the rebellion as well as its organisational framework.

21 Tran, Văn Hóa Hmong; Lewis, James F., ‘The Evangelical religious movement among the Hmong of Northern Vietnam and the government response to it: 1989–2000’, Crossroads: An Interdisciplinary Journal of Southeast Asian Studies 16, 2 (2002): 79–112Google Scholar.

28 Salemink, in ‘Enclosing the highlands’, describes a similar development in the Central Highlands. There the sedentarisation programme completely changed the demographic composition and negatively impacted ethnic relations, which indirectly facilitated the massive rise of Protestant conversions among the minorities.

31 Pollard, The story of the Miao and Tight corners in China.

44 A border police cadre admitted, ‘Foreign radio has studied the Hmong psyche very thoroughly. They understand the Hmong and that's why their programmes are so eagerly received. Plus almost every Hmong household has a radio receiver now. When Hmong cadres come along, the household immediately switches to another station so we can never catch them.’

47 I was told of a Hmong shaman association based in Sacramento, California, whose task is to identify powerful Hmong shamans and herbalists around the world. When possible, the association will facilitate the tours of shamans from Asia in the United States or Australia to conduct rituals for Hmong communities there. When a shaman cannot travel abroad, the association will help Hmong patients from the diaspora go to Asia and find the shaman. Even the son of a prominent Hmong scholar in Minnesota travelled all the way to a remote village in Guizhou to obtain both spiritual and herbal treatment from a shaman there.

Protestant conversion and social conflict: The case of the Hmong in contemporary Vietnam
×

Protestant conversion and social conflict: The case of the Hmong in contemporary Vietnam
×

Protestant conversion and social conflict: The case of the Hmong in contemporary Vietnam
×
×