Worshipping in Concert with the World 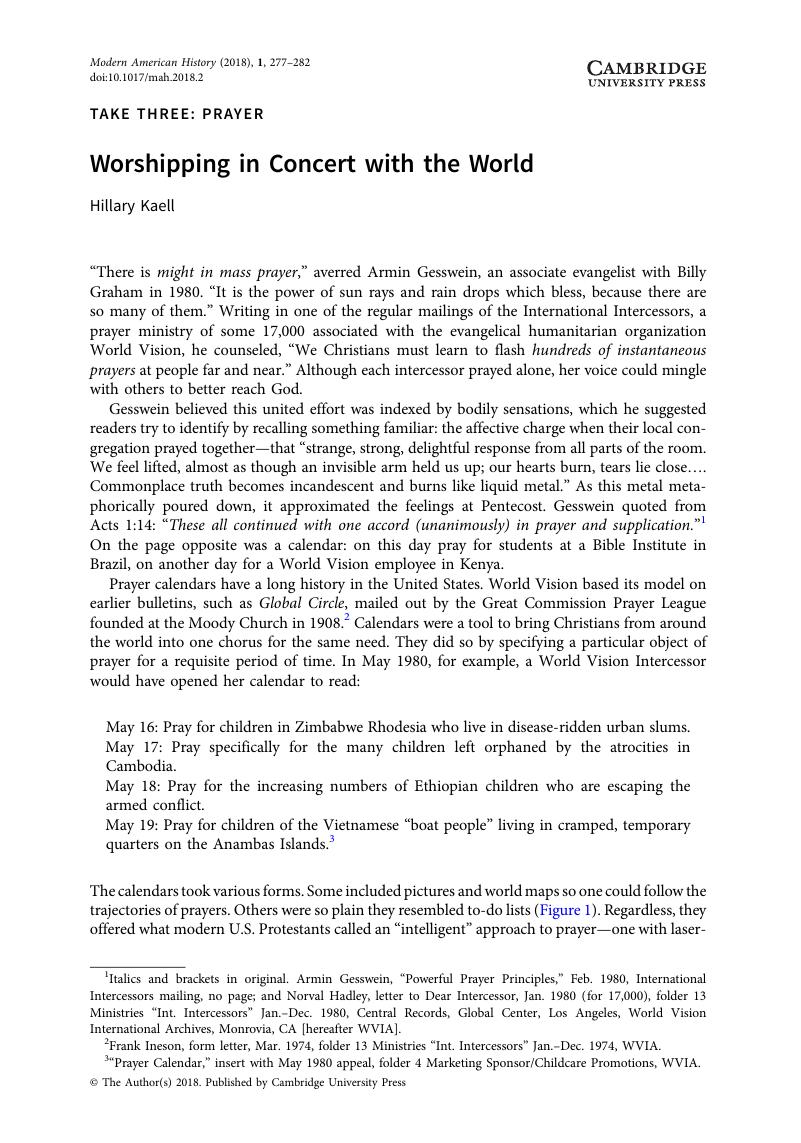 7 MacKendrick, Karmen, The Matter of Voice: Sensual Soundings (New York, 2016), 71. On a similar note, Erben, Patrick M., A Harmony of the Spirits: Translation and the Language of Community in Early Pennsylvania (Chapel Hill, 2012), 10–11.

16 Bakhtin, Mikhail, Problems of Dostoevsky's Poetics, trans. Emerson, Caryl (Minneapolis, 1984), 82. Bakhtin is referring to a much broader ideological mode in the European enlightenment, but I find his general point helpful regarding Christian projects that developed out of the same period.

19 The World Council of Churches initially called the day of prayer. Supporters included “many other national partners,” as well as the All Africa Conference of Churches, Caritas in Veritate International, and World Evangelical Alliance—none of which are based in the U.S. “World Vision backs global day of prayer to end famine,” press release, May 3, 2017, http://wvi.org/east-africa-hunger-crisis/pressrelease/world-vision-backs-global-day-prayer-end-famine (accessed Sept. 13, 2017).

Worshipping in Concert with the World