US role in nuclear nonproliferation

In 1670, deep in the heart of modern-day New Mexico, a German trader by the name of Bernardo Gruber would succumb to the elements of a foreboding desert landscape. He was on the run after escaping his captors, perpetrators of the Spanish Inquisition, who thought him a sorcerer. The desert in which Gruber’s remains would be discovered earned the name Jornada del Muerto—Journey of the Dead Man. The Spanish Inquisition would finally end in 1848, after more than 350 years and 4000 people left dead.

In the early morning hours of July 16, 1945, a group of physicists flanked by military brass assembled in the same Jornada del Muerto desert. The preceding six years saw tens of millions killed in the Second World War as the United States raced to develop a nuclear weapon to end the conflict. After years of work involving more than 100,000 men and women, the Manhattan Project reached its zenith at 5:29 am on this fateful day with the explosion of the world’s first atomic bomb. The “Trinity” test would mark the dawn of the nuclear age.

Within a month of Trinity, the United States unleashed two atomic bombs on the Japanese mainland on Hiroshima and Nagasaki over the course of four days, taking more than 200,000 lives. The war ended; however, the Cold War would begin soon after, and the United States and the Soviet Union would spend the interceding decades building up their nuclear stockpiles.

Like all technological advances, nuclear weapons came to represent an exponential increase in effect coupled with an exponential decrease in time scale. US military planners thought that hundreds of millions of people would die within days of an all-out nuclear war. Prussian General Carl von Clausewitz famously wrote, “War is politics by other means.” While nuclear weapons greatly increase the cost of going to war, they also compress the timeframe that leaders have to make decisions. A missile can deliver a nuclear strike within 30 minutes, causing increased paranoia and the possibility of miscalculation. As time goes on and more states acquire nuclear weapons, the probability increases that some government will calculate (or miscalculate) that it is in its interest to use nuclear weapons. Decreasing the prospect of nuclear war in the long term requires arms control among nuclear weapon states and a global consensus that denies aspiring nations the ability to obtain a nuclear weapon. 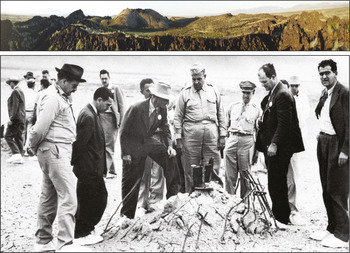 Today, the main barrier to a country’s nuclear ambitions is that the infrastructure required to create the purified, enriched nuclear material that makes up the explosive cores of nuclear weapons is detectable by other countries. Governments that attempt to circumvent international treaties and agreements on nuclear weapons face the prospect of intense sanctions and isolation on the international stage. However, this system is predicated on an international consensus that it is in the interest of otherwise adversarial nations to work together to prevent the proliferation of nuclear weapons.

Recently, a group of US senators led by Kirsten Gillibrand, Elizabeth Warren, Jeffrey Merkley, and Edward Markey introduced bills laying out what they believe is a responsible, stable vision of what US leadership in arms control and nonproliferation should look like: a foreign policy based on mutually beneficial restraint with the input of scientific and technical experts to ensure agreements are verifiable.

With the 2020 US presidential election campaign well under way, candidates are also putting out plans to address the many pertinent issues facing the nation. The US president has a large amount of autonomy to implement national security policy. Nuclear weapons present one of the few existential threats to the United States, and it is incumbent on the next president to have a plan that deals with the problem appropriately.