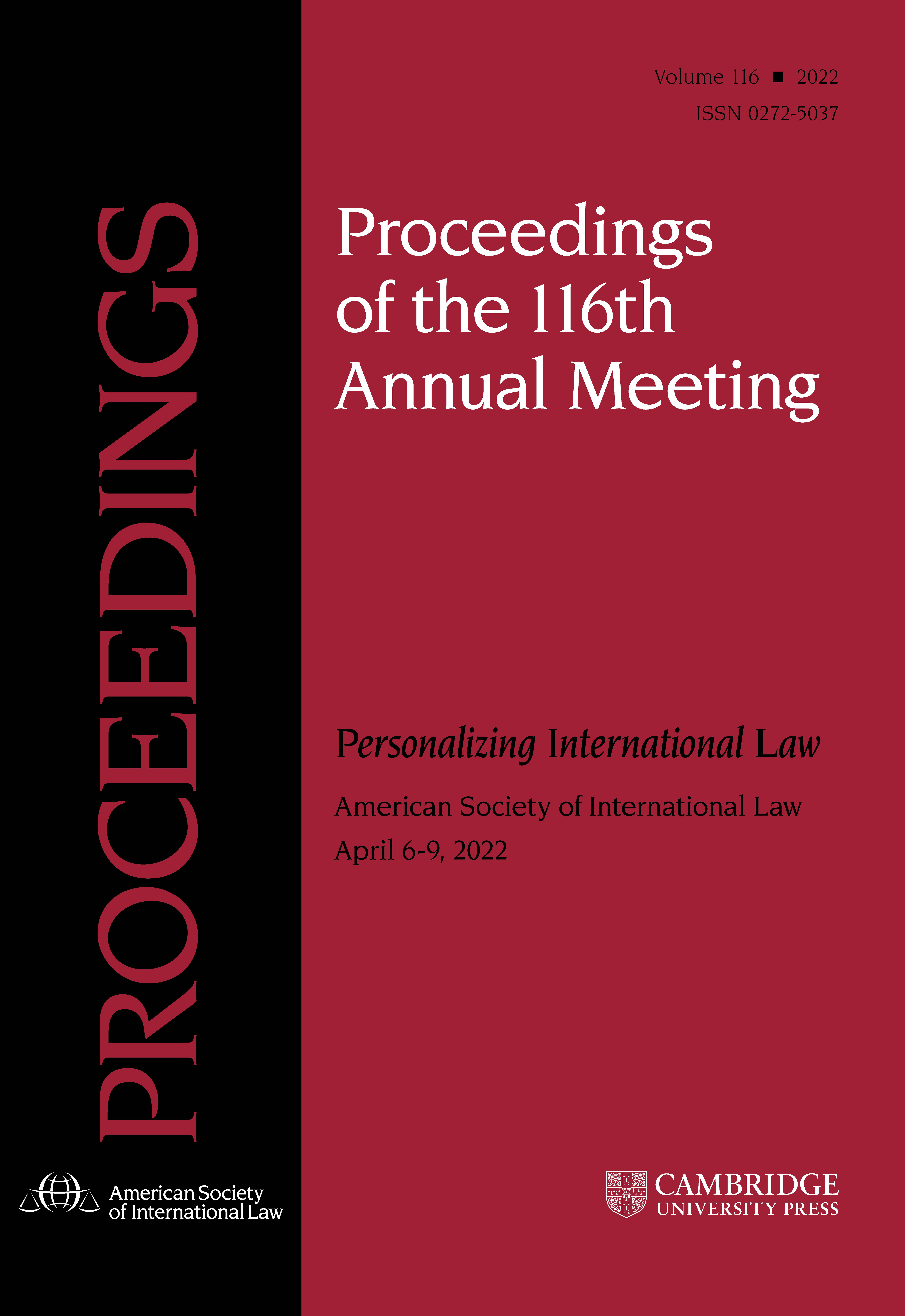 Proceedings of the ASIL Annual Meeting

Type
The Once and Future Law of Non-Discrimination: Revisiting Most Favored Nation and National Treatment
Information
Proceedings of the ASIL Annual Meeting , Volume 112 , 2018 , pp. 62 - 63
DOI: https://doi.org/10.1017/amp.2019.65[Opens in a new window]
Copyright
Copyright © by The American Society of International Law 2019

For greater certainty, whether treatment is accorded in “like circumstances” under Article 9.4 (National Treatment) or Article 9.5 (Most-Favored-Nation Treatment) depends on the totality of the circumstances, including whether the relevant treatment distinguishes between investors or investments on the basis of legitimate public welfare objectives.

Following the United States’ withdrawal from the TPP, the remaining eleven TPP signatories negotiated to convert the TPP into the Comprehensive and Progressive Agreement for Trans-Pacific Partnership (CPTPP), which has now been signed by those eleven countries and awaits entry into force.

The CPTPP retains footnote 14, which is a significant provision because of its departure from the general approach of the World Trade Organization (WTO) to likeness and non-discrimination. Specifically, the WTO Appellate Body has long rejected the notion of an “aims and effects” test, according to which the likeness of goods, services or service suppliers could be assessed by taking into account the regulatory purpose of the challenged measure (whereby, for example, a bicycle is not like a motorbike in connection with an environmental measure because of their different environmental impacts). The Appellate Body has also rejected the relevance of regulatory purpose in identifying less favorable treatment under Article I (most-favored nation treatment) or Article III:4 (national treatment) of the GATT 1994. The Appellate Body affirmed this approach in EC-Seal Products in 2014.

I see footnote 14 as a welcome departure from this traditional approach in WTO law to non-discrimination. The traditional approach leaves too much work to be done by the “general exceptions” in Article XX of the GATT 1994 and the corresponding exceptions in Article XIV of the General Agreement on Trade in Services (GATS). Thus, the Appellate Body had to construct a different approach to the non-discrimination obligation in Article 2.1 of the Agreement on Technical Barriers to Trade (TBT), because that agreement lacks a general exceptions provision. The Article 2.1 “gloss” introduced by the Appellate Body specifies that where the detrimental impact of a challenged measure on an imported product stems exclusively from a legitimate regulatory distinction, the measure does not accord less favorable treatment contrary to Article 2.1.Footnote 1 While not targeting the characterization of likeness or like products in the manner of footnote 14, the Appellate Body's clarification in respect of Article 2.1 of the TBT Agreement properly recognizes the relevance of regulatory purpose to the identification of discrimination.

An important advantage of both footnote 14 of the CPTPP and the TBT gloss is that they do not limit the range of legitimate regulatory objectives to an exhaustive list. In contrast, under GATT Article XX and GATS Article XIV, the respondent must be able to fit their claimed objective within one of the enumerated paragraphs, such as the protection of human, animal, or plant life or health or the conservation of exhaustible natural resources. Some of these paragraphs are broad, for example the reference to public morals in paragraph (a). However, if we try to fit too much within these paragraphs a risk of abuse arises. Additional objectives that one might expect to be regarded as legitimate do not obviously fit within any of the paragraphs, such as wealth redistribution, or aspects of human rights.