Laboratory Astrophysics: From Observations to Interpretation 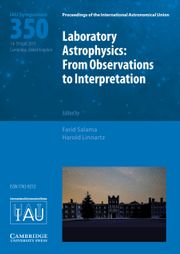