This is an Open Access article, distributed under the terms of the Creative Commons Attribution (CC-BY) license (http://creativecommons.org/licenses/by/4.0/), which permits unrestricted re-use, distribution, and reproduction in any medium, provided the original work is properly cited.
Copyright
Copyright © The Royal College of Psychiatrists, 2003 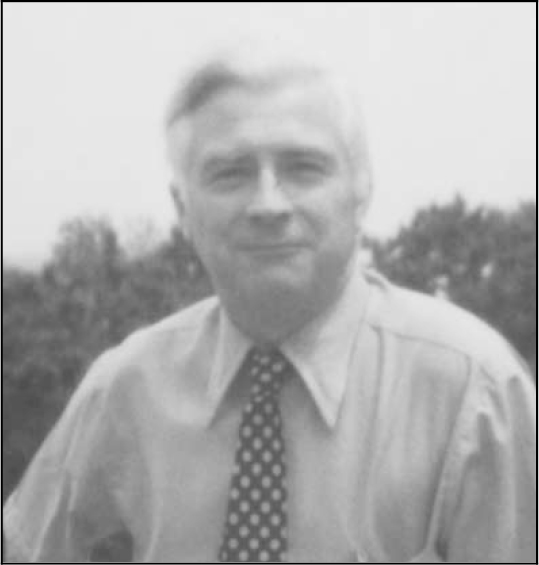 Barton was endowed with high intelligence and a comparable degree of personal courage. The former is exemplified by his clutch of academic medical qualifications gained in the UK and the USA; the latter by the courage he showed when, as a medical student, regardless of his health and safety, he volunteered to help the surviving skeletal, disease-ridden victims of Belsen, one of the most notorious purpose-built Nazi death camps, when it was liberated at the end of the Second World War.

However, sadly perhaps, at times Barton could exhibit a variety of courage neighbouring on foolhardiness: he insisted on speaking his mind when others would have found it politic to keep their own counsel. A case in point was his allegation on 1 March 1963 at the annual conference of the National Association for Mental Health in London that ‘dud consultant psychiatrists — it is not a few’ should be given a golden handshake ‘for a cheque for perhaps £5000 or £10 000’. It was a similar blunt allegation in a letter published in The Lancet, which he refused to retract, that led to him relinquishing his job. Shortly after this, he shook the dust of England from his feet to find his fame and fortune in the New World; a successful move, as his subsequent career was to prove.

Barton qualified MB BS(Lond) from Westminster Hospital in 1949. He completed his National Service in the Royal Navy after which he was appointed Registrar and Clinical Tutor in both medicine and psychiatry at Westminster. Having chosen psychiatry as his life's work, he began his training at the Maudsley under Professor Sir Aubrey Lewis. Then he was appointed Senior Medical Officer at Shenley Hospital, Radlett, Hertfordshire, to be followed by his appointment in 1960 to the important post as Physician Superintendent of Severalls Hospital, Colchester, Essex. He obtained the DPM(Eng) in 1954 and was elected to the foundation fellowship of the Royal College of Psychiatrists in 1971. To his great credit, he obtained the MRCP(Lond) in 1959, 10 years after he qualified.

Importantly, it was his experience at Shenley and Severalls, neither of which could be considered to be in the van of progressive thought and practice at that time, that led to the publication of Barton's magnum opus, Institutional Neurosis. Published in 1976, it ran to three editions and was translated into several languages, including Greek.

In essence, Barton's thesis was that patients incarcerated in mental hospitals without employment or stimulation developed a neurotic condition over and above the psychiatric condition which occasioned their admission. In everyday parlance, he sought to demonstrate the age-old maxim, namely, ‘No work is a dangerous occupation’, a maxim as true for the insane as it is for the sane.

It is a fact that while Barton was at the helm at Severalls, the discharges plummeted. But — and here's the rub — was the dramatic fall due to an active pursuance of Barton's personal policy, or was it, as is claimed, an expression of genuine therapeutic miracles? The motion was actively, even acrimoniously, debated in the 1963 columns of The Lancet. The arguments for and against make intriguing reading and are strongly recommended.

What is beyond doubt, however, is that Barton's views were sweet music to the ears of politicians of both major parties and must have provided ammunition for those who advocated closure of the mental hospitals in favour of ‘community care’.

The wisdom of the decision is still being debated and one wonders, if it ever came to a vote, how Barton would cast his in the light of today's experience, both here and in the USA.

Russell Barton leaves a widow, two daughters and many friends on both sides of the Atlantic.