The Postsecular in International Relations 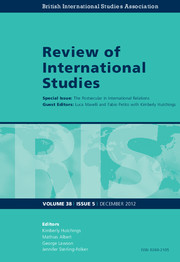